WHAT IS THE MOST IMPORTANT THING IN TRADING? 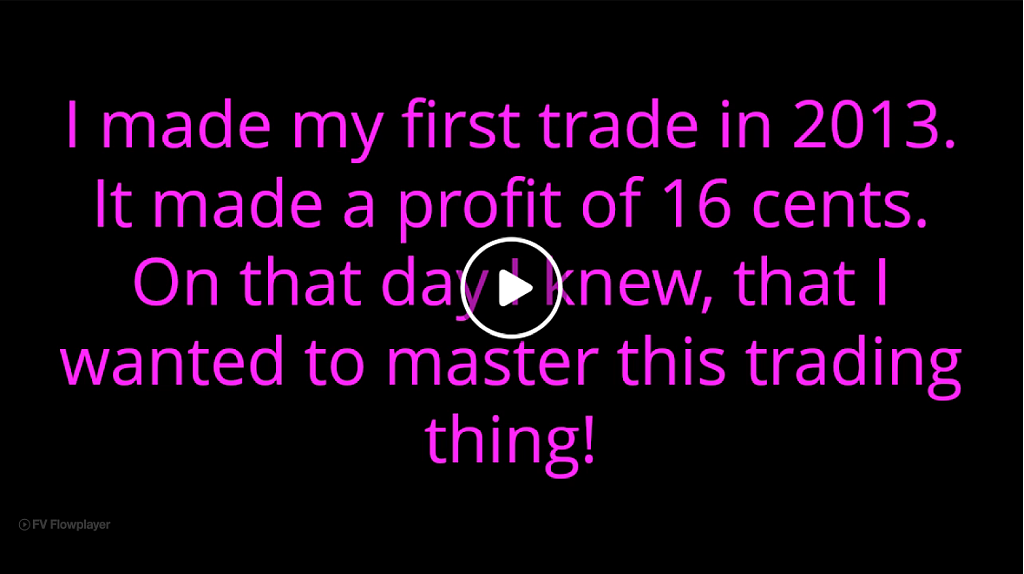 I made my first trade in 2013. It made a profit of 16 cents. On that day I knew, that I wanted to master this trading thing!

Maybe you have already made some experiences with it – most likely not everything was pure pleasure, or was it?

Most traders fall flat on their face within the first six months. And most of them never recover from that experience.

That is the reason, why brokers try to squeeze as much money out of them – as fast as possible.

The beginner is looking for somebody who will tell him the right entry that will make him a millionaire over night!

Ohh, that magic entry signal, that is based on science that never fails!

It is the most shiny thing, even more interesting as those fast sports cars and beautiful women, waving with bundles of money in their hands.

They think that the entry signal is the most important thing to become a profitable trader!

And guess what? It is not! Yes, there are differences between entry signals, but no, the entry is not the most important thing.

You probably already know that. You have seen the price going in the opposite direction, right after you entered the market!

You couldn’t believe your own eyes! You have been so confident, that this particular entry would make you a millionaire.

It did work before, so why did it stop working as soon as it was about real money?

And it probably didn’t take long until you came up with a clever idea: When the market did the opposite of what it should do, you would do the opposite too!

How did the market know what you are doing? Hidden cameras? Is your broker cheating on you? Are you the victim of a worldwide conspiration?

Probably not! Welcome to the wonderful world of trading, where your broker always wins while you pay – a lot of money – for every transaction.

Those trading results are what happens while you made other plans.

But still there is a chance that you can improve your situation.
It is completely different from what you might expect – and most people can’t do it.

So now you probably want to know what this one, most important thing is.

Is it a complicated formula that was developed with a super computer?
Or maybe it could be this big data artificial intelligence stuff that you have heard about?
Ohh, could it be “the secret”, “the holy grail” or something that was included in the book “think and grow rich”?

No, it is none of these things! Do you know how magicians do their tricks? They make you pay attention to some unimportant detail while they do something that you don’t notice!

Maybe they take a saw and now they make magic moves with their arms, you see exploding fire in the background of the stage and afterwards they pretend to cut a virgin into two pieces.

Can you believe that? A virgin? Who would believe in virgins these days? And who would cut one into two pieces?

Actually the two parts of the virgin chest are big enough for two ladies. One shows the feet of the first lady and the other one shows the head of the second lady.

Once you know that, you will no longer be a victim and fall for the trick. And actually you don’t really believe that magic exists, do you?

Well, probably you do when it comes to trading. That is the area where you use magic numbers, you draw lines for support and resistance and you listen to news to get the insider information from the latest trading guru.

Will the price go up or down? When will it do that? And for how long? These are the questions that have all your attention while you are missing the most important thing!

It is more important than your entry signal.

It is more important than what your trading guru told you.

And it is more important than any kind of technical or fundamental data you can get.

It is the fact, that you need to sell it for more than you have bought it!

If you buy something for a dollar and sell it for fifty cent, you make a loss!

If you buy something for a dollar and sell it for two dollars, you make a profit!

Now here is where the magicians play their tricks on you! They will make you feel that you need to avoid a loss.

And the way you avoid it, is actually to produce the loss – by yourself – with you own position based stop loss!

Did you know that something like an equity based stop loss exists? No? Well, why should those brokers tell you about something that would cost them money?

The trick works, because your fear is always much stronger than your will to make a profit!

Think of all the occasions where you have thought about closing a position, just to get rid of the pain.

Did it hurt? Yes! Did you like that feeling? No, Of course not!

So for now I want you to do one simple thing:

Take a look at your trades and count the ones where you have produced a loss because you sold something for less than you bought it!

Why did you do that? And why do I think that most of your losses did happen exactly like this?

There is a way out of this misery and if you are interested, just continue with the content.

We use cookies to ensure that we give you the best experience on our website. If you continue to use this site we will assume that you are happy with it.YESNoPrivacy policy
Revoke cookies